Central serous retinopathy (CSR) is an eye disorder characterized by a blister of fluid beneath the macula, the small, specialized area of the retina that gives us our straight-ahead reading and driving vision. CSR generally affects younger men but is becoming increasingly prevalent in women as well.

The majority of blisters will resolve spontaneously within 3 to 4 months with restoration of essentially normal vision. In some cases, however, CSR does not get better or has more severe symptoms that may require treatment. Though this disease may clear up on its own, it is important that any sudden changes in your vision be thoroughly examined by a qualified eye doctor. Bennett & Bloom Eye Centers is committed to your eye health. We stay at the forefront of technology and currently offer a number of treatment options for this disease. 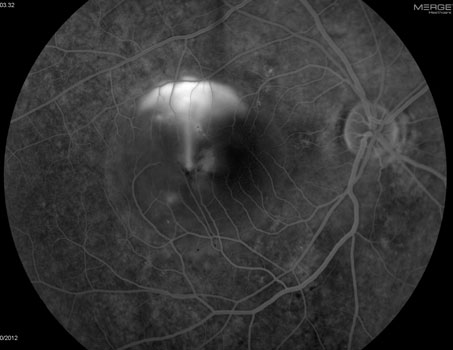 What is central serous retinopathy (CSR)?

The hallmark clinical finding of CSR consists of one or more “blisters” of fluid (serous detachment) beneath the macula. The vast majority of blisters will resolve spontaneously within 3 to 4 months. Vision usually returns to normal, although many patients are left with subtle changes in their central or color vision. Patients will often develop recurrent leaks in one or both eyes over the years. 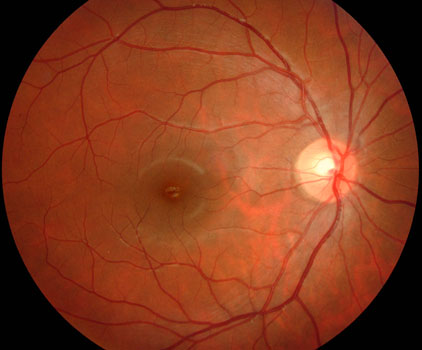 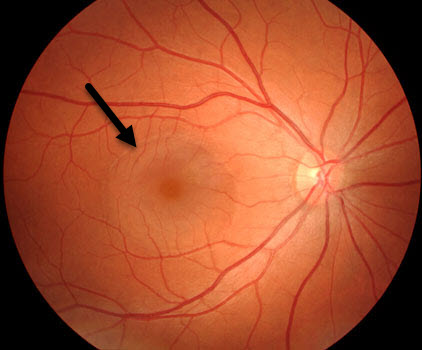 CSR has historically been found in young to middle-aged men although it is becoming increasingly common in women as well. Type A personality (competitive drive, sense of urgency, and aggressive nature) may be a risk factor for its development. It can also be caused by corticosteroid pills or injections.

What are the symptoms of central serous retinopathy?

How is central serous retinopathy diagnosed?

You can’t diagnose CSR by looking in the mirror since your eye will usually look and feel normal. The diagnosis is made with a thorough retinal examination through a dilated pupil, along with OCT scanning and fluorescein angiography. Angiography is helpful in confirming the diagnosis, as well as in identifying the leak when contemplating treatment. 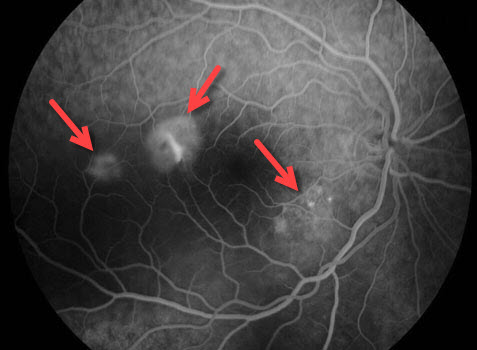 What treatments are available for central serous retinopathy?