What is a choroidal nevus?

A choroidal nevus is a benign collection of pigmented cells (melanocytes) in the choroid, the vascular layer that nourishes the outer retina. Choroidal nevi are extremely common, occurring in about 5% of the general population. They usually develop after puberty and are rarely found in African Americans. Choroidal nevi virtually never cause any symptoms and are usually diagnosed during a dilated retinal examination. 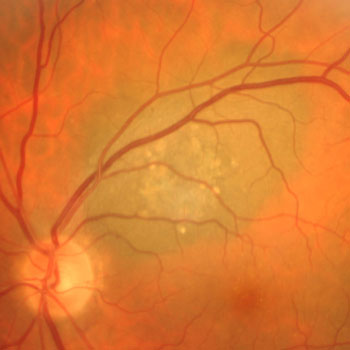 CHRPE (congenital hypertrophy of the RPE) is also a benign pigmented ocular lesion. They are often much larger and more heavily pigmented than nevi. Despite their appearance, however, they cause no vision loss and have almost no potential to turn cancerous. Their only clinical significance is that they can rarely be confused with uveal melanoma. 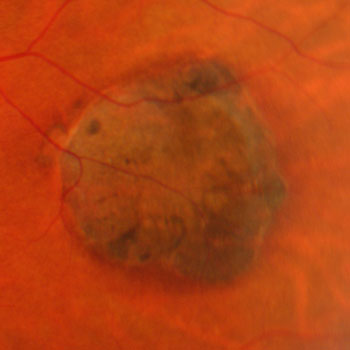 How is a choroidal nevus treated?

The vast majority of choroidal nevi require a baseline clinical drawing or photograph, followed by a yearly dilated retinal examination. Their significance is that they can very rarely undergo malignant transformation into a uveal malignant melanoma. Uveal melanomas are exceedingly rare, with only a few thousand cases developing every year in the US. Clinical features predicting that a nevus that might grow or become malignant include vision symptoms, posterior margin touching the optic disc, thickness > 2 mm, and overlying orange pigment or fluid. 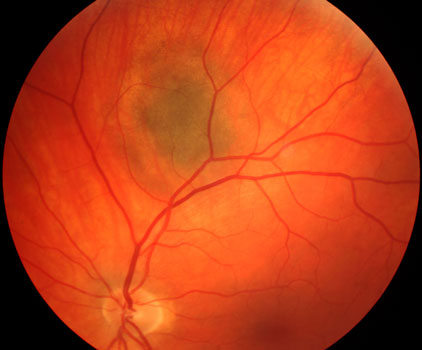 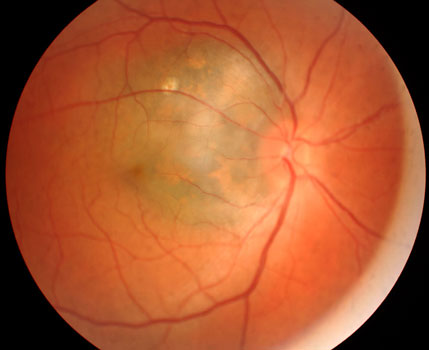