Home | Blog | Cataracts | Why IOLs Make Cataract Surgery Worth It

Why IOLs Make Cataract Surgery Worth It 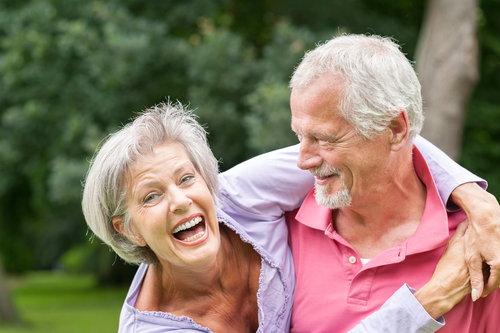 Cataracts affect the lens of your eye by making it cloudy with a build-up of proteins. This can happen because of genetics, eye injury, or other reasons, but it occurs mostly because of old age. Cataracts are actually a natural part of life and aren’t avoidable.

Since we don’t have the technology to separate the cataract from the lens, the entire lens of the eye is removed. After the lens gets removed, it is then replaced with an IOL. Keep reading to learn why IOLs make cataract surgery worth it!

What Is An IOL?

An intraocular lens is an artificial lens designed to mimic the function of the natural lens of the eye. The lens sits behind the pupil and iris and handles a significant amount of the eye’s focusing power. It is a critical part of healthy eyesight.

An IOL is made of either silicone or acrylic so that it’s durable for the rest of your life. A typical IOL is only a few millimeters in diameter.

The primary goal of an IOL is to replace the functions of the lens, but there’s more to it than that. IOLs also have the ability to make your vision better than before having cataracts! The refractive lens exchange corrects for nearsightedness, farsightedness, and astigmatism.

You are by no means limited in your choices of an IOL. There are three different kinds of IOLs, all with unique and distinct pros and cons.

The standard choice is the monofocal IOL. This option corrects for either short or near vision. As a result, you will still need glasses. An advantage of the monofocal IOL is it’s the least expensive option.

Another option to consider is a multifocal IOL. Unlike the monofocal IOL, multifocal IOLs correct for near and far vision. If you’re comfortable paying more, and don’t want to wear glasses, the multifocal IOL may be the best fit.

This makes transitions smoother and less jarring. If you are not happy with the IOL you chose, the procedure can be done over with a different IOL later on.

If none of these options sound right to you, you may consider trying monovision. Rather than a special IOL, this method uses two monofocal IOLs. One is focused for close up vision and the other for distance.

These IOLs are then inserted into separate eyes. With monovision, you can “switch” dominant eyes, allowing you to see at both distances. This can be difficult to get the hang of at first, but it’s possible!

Cataract surgery is about so much more than just removing cataracts! Schedule your cataract screening at Bennett & Bloom Eye Centers in Louisville today!