The History of LASIK Surgery

Laser vision correction is an amazing medical procedure that has helped many to reclaim their vision and is known as one of the safest and most effective surgeries today. LASIK is used all over the world, from Japan to right here in Louisville, Kentucky. Like many other incredible technologies, it has a long backstory and an origin very different from where it is today. 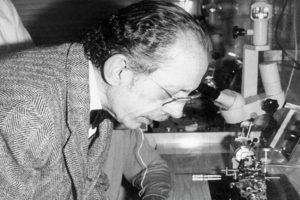 Surgical vision correction existed for several decades before lasers were even invented, and several more before lasers were used on eyes. In 1948, José Ignacio Barraquer Moner, a Spanish ophthalmologist, created the process in which surgeons use a special blade called a microkeratome to remove a part of the cornea and reshape it before reinserting it into the eye. This process is called keratomileusis, and it is still used today with blades or with lasers.

History is chock full of accidents that led to incredible discoveries, or experiments that produced results that were totally unexpected. Superglue, microwaves ovens, and x-rays to name just a few! In 1974, a Soviet physician by the name of Dr. Svyatoslav Fyodorov made one such discovery.

According to the story (which has not been proven to be true), Dr. Fyodorov treated a young boy who had gotten pieces of glass in his eye. Previous to the accident, the boy had been extremely nearsighted, but after the glass was removed, he reported that his vision had actually improved. Dr. Fyodorov realized that the incisions made by the glass had caused the center of the cornea to flatten. This resulted in the boy’s improved vision! Over the next few years, he developed the process of radial keratotomy, in which a surgeon makes similar incisions with a scalpel, albeit more precise.

It was during this time period that one of, if not the most important inventions regarding eye surgery was invented: the excimer laser. Both keratomileusis and radial keratotomy are performed today with blades and with lasers.

A New Way to See

A Soviet physicist named Nikolai Basov invented the excimer laser in 1970. It “cuts” through tissue by emitting ultraviolet light with certain elements. It wasn’t until 1991 that the first LASIK surgery was performed. Photorefractive Keratectomy (PRK), a procedure to correct nearsightedness, was officially approved by the FDA in 1995. LASIK itself was approved in 1996. In more recent years, computer-generated imagery, such as CustomVue Wavefront technology, which assists with mapping out an individual’s unique cornea has been implemented, making the procedure even safer and more successful.

Laser vision correction has helped millions of people experience clear vision, and technological advancements continue to make it safer, faster, and more affordable. Contact us today to get any questions you have about LASIK answered!