Home | Blog | LASIK | Ways to Save for LASIK

Ways to Save for LASIK 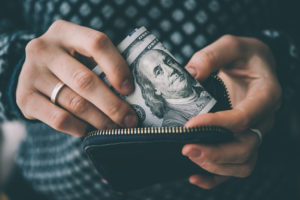 It’s no secret that one of the scariest parts of LASIK isn’t the surgery itself – it’s the price tag. The words “An average of two thousand dollars” and “per eye” definitely don’t sound like they belong together. But what if that cost could be broken down into something more manageable? As it turns out, it can!  Using a CareCredit card, you can take that huge lump cost and spread it out over the course of months, interest-free. That makes a huge difference when it comes to planning out your finances. Now all you have to do is save up for those payments every month! You could try:

Finding little ways to save up really adds up, and along with the significant lifestyle improvements that LASIK can offer and the money you’ll save on never having to worry about contacts or glasses again, it’s no wonder most people think LASIK is more than worth it!